Legit.ng gathers that Babalola in a statement released on Thursday, November 17, said the shift was also affecting the admission plans of tertiary institutions.

Though he acknowledged the fact that the outbreak of the COVID-19 pandemic globally led to some disruptions, the senior lawyer opined that the two examination bodies ought to have got over the jolt and revert to their normal calendars by 2021.

He explained that WAEC was established in 1952 primarily to conduct Senior School Certificate Examination specifically between the months of March and July to enable students to prepare for admission into universities in the months of September/October annually, in line with international standards.

Amid the pandemic, Babalola said universities all over the world including most of the universities in Nigeria made use of Virtual Learning System to ensure that the age-long system of the academic calendar was not disrupted. 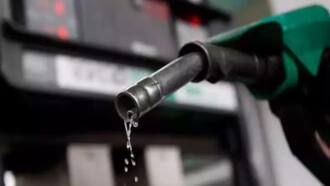 He added that the 2020 academic session ended in June and the 2021 session began in September in ABUAD and many other universities.

However, WAEC which used to conduct yearly examination between April and June and released results between July and August conducted the 2021 examination from 16th August to 1st October 2021.

“In spite of the fact that it was late in conducting the examination, surprisingly, it is yet to publish the result.

“NECO on the other hand which used to conduct its examination between May and July conducted this year’s examination from July 5, 2021, to August 16, 2021. The result was not released until October 30, 2021.”

He said the delay by both NECO and WAEC is most damaging for both students, parents, and universities.

“It has also created a lot of problems for the universities, teachers, the government, and proprietors of private universities who in any event must pay their teachers in order to retain their services.

“Perhaps, the worst damage done by WAEC and NECO is that most of these students, if not all, may lose a whole year or substantial part of a year idling away and suffering in silence.

“A loss of a year or less or more by anybody may cause irreparable damage forever.”

As a concerned university proprietor, Babalola urged the Federal Ministry of Education, the National Universities Commission (NUC) and the federal government to call upon WAEC and NECO to address the shift in calendar.

He also urged the stakeholders to call on WAEC to release the result immediately, adding that the examination body should also be warned to take the future of the students into consideration in fixing the date of their examination and release of result in such a way that their future will not be adversely affected.

In other news, a 16-year-old girl, Joy Abahi Amuh, has received a cash prize of N500,000 as the best graduating student in the 2020 West African Secondary School Certificate Examination (WASSCE).

Amuh, a student of St. Paul Secondary School, Otukpo in Benue state was handed the cash prize at the sixth annual literacy project organised by the Eunice Spring of Life Foundation in partnership with the Benue Investment and Property Company.

The group managing director of BIPLC, Alex Adum, said the cash prize would help Amuh pursue a quality education. Alex said that the company hopes that with the gift, Amuh’s educational pursuit would not be truncated due to a lack of funds.