Popular Nigerian comedian, Bovi Ugboma, has got his fans talking after appearing like a pretty woman to a comedy award show.

Bovi was a winner at the Humour Awards event held recently in Lagos where his Bovi Man on Fire show won the most creative standup comedy show of the year.

He was the side attraction because of his wig and he shared moments from the show on his social media page, check it out below: 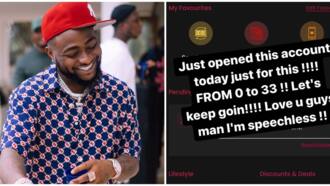 I’m actually crying, Davido emotional as he makes over N80 million, many friends continue to send N1m each

The funnyman however maintained that he is not looking like Michael Jackson and he is a babe.

Watch his interview at the event below:

Quite a number of Bovi’s celebrity colleagues and fans have commented on his new feminine look and shared their opinion about it.

Legit.ng picked some of their comments, read below:

“Snoop on a low budget sturvs.”

“Giving me that Rick James Vibe.”

“What is this nah @krisasimonye come and carry your property o.”

“I love it!!! You are channelling your inner you.”

“No you didn’t, you are officially a PIMP.”

“Boss man himself. I for like try this oo but my wife na low cut champion.”

Bovi puts son up for sale 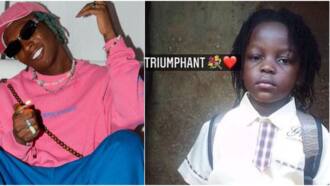 Legit.ng earlier reported that the popular comedian was angry after his son broke a TV in the house. In a video uploaded on his Insta stories, Bovi questioned the boy as the kid maintained a crying and almost innocent face.

He asked him why he is crying as if he was not the one who broke the TV. A part of the video shows how the gadget’s screen is broken in half.

Bovi revealed it was the third television he was breaking in a year, adding that he was putting the boy up for sale.