In a four-page order, the court found that a lower court “properly rejected appellants’ arguments that the subpoenas issued by the OAG should be quashed.”

“The existence of a criminal investigation does not preclude civil discovery of related fact, at which a party may exercise the privilege against self-incrimination,” the court wrote. The judges also rejected the Trumps’ claims that they were selectively prosecuted because of Trump’s political leanings. James’ office subpoenaed Trump, Ivanka Trump and Donald Trump Jr. for testimony last year.

Alan Futerfas, an attorney for Trump Jr. and Ivanka Trump, said they are “considering the decision.”

Ronald Fischetti, an attorney for Trump, said he predicts they will appeal the decision and ask for a stay to block the depositions until the higher court rules. It will be up to the appeals court whether to take the case.

Under a previously negotiated deal, the Trumps have 14 days from Thursday’s ruling to sit for the depositions. Fischetti said he has not yet spoken with Trump about the ruling and that it was too early to say whether the former President would answer questions or invoke the Fifth Amendment. 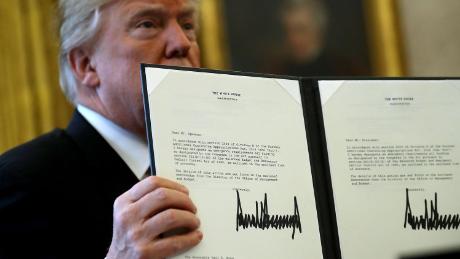 The decision is a setback for the Trumps who have sought to avoid testimony in the attorney general’s investigation. James’ office in January said it found “significant” evidence indicating the Trump Organization used false or misleading asset valuations in its financial statements to obtain loans, insurance and tax benefits and she needed to interview the Trumps about their involvement. Attorneys for James’ office has previously said the investigation is nearly finished and a civil enforcement action may follow. They are scheduled to interview Trump’s longtime assistant Rhona Graff next week. She served as a gatekeeper for Trump for decades until April 2021.

The ruling comes just two weeks after the appellate panel expressed skepticism during oral arguments on the deposition dispute. During the hearing, Judge Rolando Acosta asked Trumps’ attorney about their Fifth Amendment right to not answer questions: “What prevents you from just invoking it? Why do we need to intervene in this case or constrain the authority given to the attorney general?”

The Trumps have argued that James is trying to end-run the grand jury process, where witnesses receive transactional immunity for their testimony in New York. The lower court judge rejected that argument saying they could invoke the Fifth, a ruling the appeals court agreed with.

It isn’t clear if the Trumps will answer specific questions when deposed. In a civil case, the jury can draw an “adverse inference” and hold it against individuals who don’t answer questions.

“A court has once again ruled in our favor and ordered Donald Trump, Donald Trump Jr., and Ivanka Trump to appear before my office to testify under oath. Our investigation will continue undeterred because no one is above the law,” James tweeted in response to the ruling.

This story has been updated with additional reporting.