But what was Master Kenobi up to when we saw him last? Does one need to watch several animated series to know what’s going on? And what breadcrumbs has Disney dropped about the plot of “Obi-Wan Kenobi”?

“Obi-Wan Kenobi” is sandwiched between the prequels and original trilogy. Disney+ says that the series takes place about 10 years after “Episode III: Revenge of the Sith,” which saw Obi-Wan go into hiding.

This means Luke and Leia are around 10 years old at this point in the “Star Wars” timeline, and Anakin is just a decade into being Darth Vader. Obi-Wan is keeping tabs on Luke from afar, well on his way to becoming “Old Ben.” (Though, to be fair to McGregor, his Obi-Wan is more of a “Middle-Aged and Aging Gracefully Ben.”) 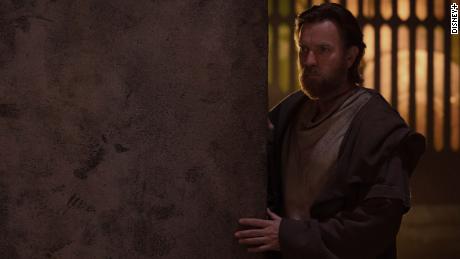 Uh, I forgot — what happened in the movies before this show?

Don’t have time to spend six-plus hours watching the prequels? Here’s a crash course on what Obi-Wan was up to in “Episodes I-III.”

“Episode I”: Obi-Wan, then Padawan to Qui-Gon Jin, meets a young, sprightly Anakin Skywalker on Tatooine, where “Ani” and his mother are enslaved. Qui-Gon, certain that Anakin is the “chosen one” based on his midichlorian count (don’t ask), is killed by Darth Maul, but tasks Obi-Wan with training young Anakin.

“Episode II”: Obi-Wan, now Master to a moodier, sand-averse Anakin, checks out what’s happening on Kamino, where a Clone army has been secretly commissioned, and wars with Jango Fett. Anakin and Obi-Wan are close, though Anakin eschews Obi-Wan’s logical ways to follow his impulses.

“Episode III”: Anakin embraces the Dark Side and duels Obi-Wan on Mustafar, where Anakin becomes Vader. Emperor Palpatine/Darth Sidious commands the Clone army to execute Order 66 (aka, kill all Jedi). They mostly succeed, though they fail to kill two of the most important Jedi — Yoda and Obi-Wan, the latter of whom is distraught by the loss of his “brother.”

Do I need to have watched prior TV series to know what’s happening? 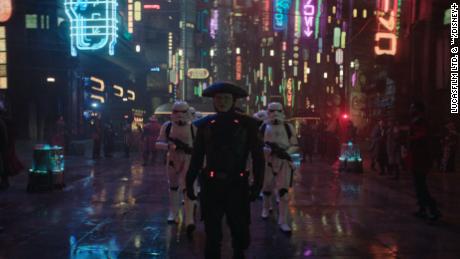 Probably not, unless you’re into homework and good TV. Several “Obi-Wan Kenobi” characters are introduced in the animated series “Star Wars Rebels,” which is streaming on Disney+. (More on those shady characters below.) “Rebels” takes place after “Episode III,” like this show, and Obi-Wan makes a memorable appearance in the third season.

Who’s the bad guy(s) in this series? 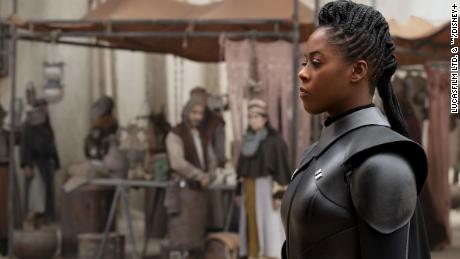 In this series, we’ll meet the “Inquisitors,” a society of trained hunters who are steeped in the Dark Side.

First introduced in “Rebels,” their leader is the Grand Inquisitor, played now by Rupert Friend. Inquisitors, oddly, use lightsabers in battle (just wait until Moses Ingram, who plays Inquisitor Reva, wields her double-edged, spinning red saber — Darth Maul is quaking). Yep, lightsabers aren’t reserved for Jedi and Sith anymore — and not every Force wielder belongs to one of those two orders.

Speaking of Sith, the Inquisitors work for one — Darth Vader, who wants them to track down one Jedi Knight in particular.

What’s up with Vader? 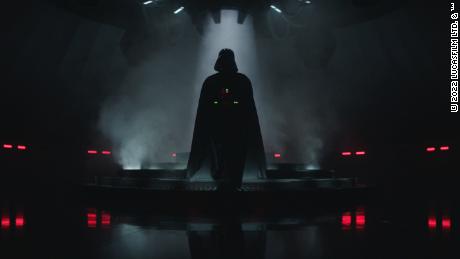 The father of all Skywalkers is BACK and badder than ever. “Obi-Wan Kenobi” marks the return of Hayden Christensen as Darth Vader, a role he fully embodied for only a few minutes at the close of “Episode III.”

So what’s Vader up to after he lost his wife, believed his children died and cut ties with Obi-Wan (who in turn cut off several of his limbs)? The trailer skimps on specifics, but we can assume that he’s still a loud mouth-breather focused on quashing the growing Rebel Alliance and finding our titular Jedi. Prepare the tissues for their inevitable reunion.

Is that a young Luke I see?

In the trailer, we see Obi-Wan watching a boy in pod-racing goggles pretending to pilot a ship. We can presume this kid is a young Luke Skywalker, who appears to be around the same age as his father was when Qui-Gon found him. 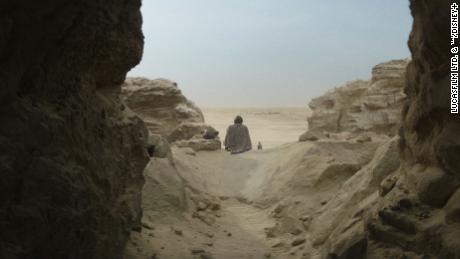 Young Luke lives with Owen Lars, the son of Cliegg Lars, who married Anakin’s mother, Shmi. Owen and his wife, Beru, raise Luke on their humble moisture farm and keep the truth of his parentage from him, but Obi-Wan knows he’s destined for more.

Joel Edgerton and Bonnie Piesse will reprise their roles from the prequels as Owen and Beru, though hopefully they’ll get a bit more screen time to flesh out the characters before they meet their very violent end in “Episode IV.”

Aren’t there other celebs in this?

There sure are! Joining OGs McGregor and Christensen are comedian Kumail Nanjiani, “Straight Outta Compton’s” O’Shea Jackson Jr. and “Uncut Gems” co-director Benny Safdie, among others.

We haven’t seen footage of any of them except for Nanjiani, who’s in the trailer for a split second, looking distressed. Otherwise, we don’t know who the stars are playing — a fun surprise as the series rolls out.