PSquare brothers, Peter and Paul Okoye’s reconciliation has led to a series of hot takes being shared on social media, the latest of them being from Nollywood actor, Emmanuel Ehumadu.

Recall that the twin brothers had been on bad terms for years and did not heed fans’ pleas for them to come back together, until recently.

Well, in reaction to the development, Ehumadu noted that it was a strategic move on the part of both brothers.

Taking to his Instagram page, the Nollywood actor said that Peter and Paul of PSquare noticed that they were going out of the music market as solo artistes and they decided to come back together as a group.

Ehumadu then proceeded to taunt fans who were congratulating the PSquare brothers over their reconciliation.

In the caption of the post the actor wrote:

“My people will say… Dem no dey tell man to comot for sun ..say e too hot.. E good make we dey use our upper. Una dou @iamkingrudy @peterpsquare.”

Emmanuel Ehumadu’s take on the PSquare reconciliation did not go well with a number of the singers’ fans and they made sure to blast the actor. A few others however agreed with him. 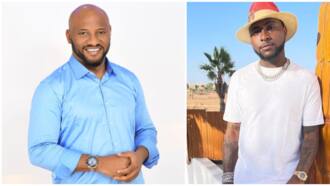 Read some of their comments below:

“Oga celebrate their reunion no be u wise pass.”

“Bro take this post down if you love your fans…. you May not mean anything serious..but is gonna hit different.. just take it down… this post can’t come from someone I Love from childhood.”

“Are you not supposed to be celebrating them?”

“It’s the bitter truth, but you are not the right person to post this boss.”

“They were never going out from music market, these guys started giving people hit songs since 2003/2002 when they sang senorita, and even as they separated Fude boy gave us hit songs like Reason with me and Audio money, they are Blood brothers and must come back together some day, were you expecting them to celebrate forever, these guys are legends abeg.”

“Table Shaker 2 bottles for you boss. .” 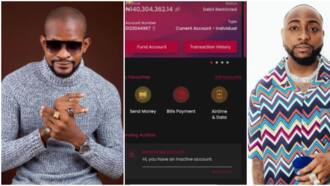 Nigerian celebrity music duo, Peter and Paul Okoye of PSquare have continued to impress fans with their reunion after many years of bad blood between them.

On November 18, 2021, the PSquare brothers clocked 40 and they celebrated their birthday in grand style.

Peter and Paul also did not disappoint and gave fans a bit of what they had missed during the many years they were not on good terms.

The PSquare brothers performed a number of their hit songs together as they moved the crowd like they had been known to do in the past.