FCT, Abuja – Gbenga Aluko, a former senator from Ekiti state in the southwest, has been reported dead.

According to Television Continental (TVC), the politician died on Saturday evening, November 20, after he collapsed in his office in Abuja.

Aluko was reportedly taken to a hospital where he died. He was said to have not shown any sign of illness before his death.

It was gathered that Aluko, aged 58, was the son of renowned economist, the late Sam Aluko. 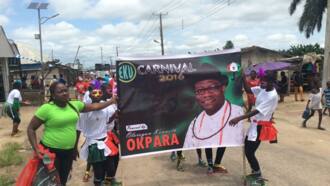 He was a governorship aspirant on the platform of the All Progressives Congress (APC) in Ekiti in 2018, The Cable also reported.

Aluko was a member of the National Assembly from 1999 to 2003 on the platform of the Peoples Democratic Party (PDP).

Okpara, a member of the Peoples Democratic Party (PDP), was said to have battled with an unknown illness for the past three years.

He was said to have died in the early hours of Friday, November 19 in an undisclosed hospital.

In a related development, Vice President Yemi Osinbajo (SAN) has said the late Alhaji Sani Dangote, the younger brother to Africa’s richest man, Alhaji Aliko Dangote, was not only a brother and friend but also a collaborator in some of the decisions taken by the Buhari administration. 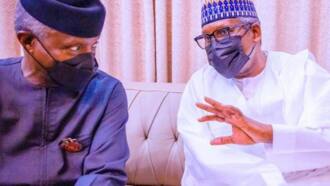 Professor Osinbajo stated this on Wednesday, November 17 in Kano during a condolence visit to the families of Dangote and Dantata over the passing of their son, brother, husband, and father.